Ljubomir Stanisic: Heartbeat – We thought life would get back to normal. But it never did.

To witness a war or to be involved in one, was for most Yugoslavian teenagers in 1990 something entirely unthinkable. Just like my twin sister and I, most of us were brought up believing in “brotherhood and unity”, a slogan that was a guiding principle of Yugoslavia’s post WWII inter-ethnic policy. We were teenagers of one country that contained six republics and in whatever republic we lived, we were united in loving the same popular bands and films…or we believed we did.

But unfortunate events developed at rapid speed. Our neighbours were disappearing overnight, and our classroom was getting smaller and smaller. At the age of 14, over a Sunday lunch, my sister and I learned about our ethnicity. We were no longer the Yugoslavs before that lunch, which we continued in silence. Until the very end, my parents believed that this madness would stop, and that people would come to their senses and life would get back to normal. But it never did. When sleeping in shelters became our new normal, they finally decided to leave and save us from the worst. Like many teenagers of the former Yugoslavia, we became refugees and had to grow up quickly.

One of “us”, one of those kinds of people who were born in a country that doesn’t exist anymore, is the protagonist of the feature documentary Ljubomir Stanisic: Heartbeat. The North American Premiere will be screened at Planet Word Museum on October 16 with pre-screening treats (included with the ticket) and a post-screening panel discussion. Tickets to this event can be found on Eventive. 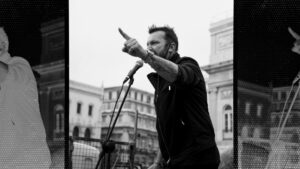 Portuguese filmmaker Monika Franco has made her first feature documentary about her husband, the charismatic chef Ljubomir Stanisic, owner of a Michelin Star restaurant in Lisboa. Over the course of ten years, Monika documented the ups and downs of Ljubomir’s passion for food and life – an immigrant who managed to fulfill a dream from scratch in Portugal. In her film, Monica Franco takes us on a journey to find out more about Ljubomir’s past. The film takes us to his hometown Sarajevo, which during the war was under siege for four years and ended up divided into two parts. 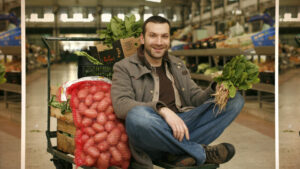 In his hometown, Ljubomir digs into his past, trying to find answers about what happened during those dark years of the war, because “man has to be at peace with himself first,” he says in the film.

Ljubomir Stanisic: Heartbeat is a film not only about a successful chef with TV shows and published books; it’s an intimate story about finding inner peace, true happiness, and a never-ending appetite for life. 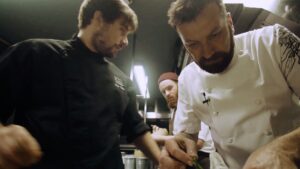